There are about 80 Armenian prisoners of war, whose presence the  Azerbaijani authorities still do not recognize - human rights  activist 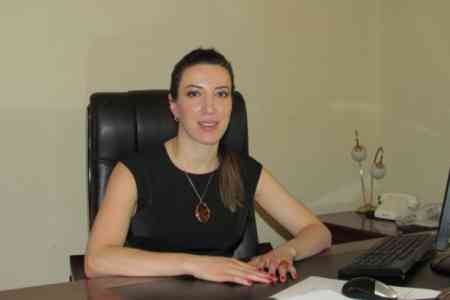 According to her, as a result of the 44-day war in Artsakh, 156  Armenians have already been released from captivity and returned to  their homeland, but many prisoners are still kept in Azerbaijan.  "Before the war, on September 13, there were officially 33 prisoners  of war in Azerbaijan, and in the post-war period, the cases of  captivity increased by another 20," Siranush Sahakyan said.

She stressed that the work of human rights organizations is carried  out on the basis of individual complaints, but an interstate process  is taking place in the European Court. Sahakyan noted that legal  efforts on the issue of prisoners of war were quite intense. "There  are cases that did not even have a precedent, because Armenia  previously refrained from initiating interstate cases against any  state, although we had cases of an interstate nature with individual  efforts, but for the first time the state itself is active in  international legal instances," the human rights activist noted,  adding that the only gap that can be filled in the litigation is to  initiate the process of the country's accession to the UN  International Convention Against the Taking of Hostages, since recent  developments have shown that Armenian prisoners of war are no longer  just prisoners, they are being held as hostages and used as a measure  increasing pressure on Armenia, and their repatriation is directly  related to the solution of political issues.