There is no such political force in the world that could force  Azerbaijan to give up its claims to Nagorno- Karabakh.- Analyst 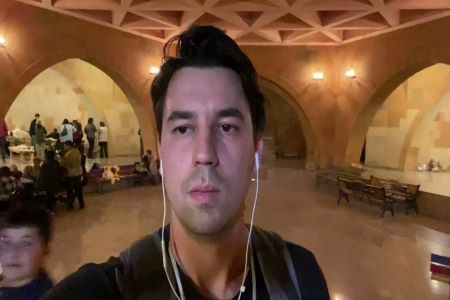 ArmInfo.The West cannot achieve independence for the Karabakh Armenians, rather, it is counting on the long-term game.

As soon as Yerevan gives up Nagorno-Karabakh, it will no longer need Russia, also because of the accumulated disappointment. Deprived  of the role of protector, Moscow is likely to lose out in the  competition of mediators during the post-war normalization. Political  analyst Alexander Atasuntsev, states this in an article, published in  the online publication of the Carnegie Endowment Garnegie Endowment  for International Peace,.

The author notes that the war between Russia and Ukraine, although  its scale overshadowed other conflicts in the post-Soviet space, did  not make them less acute. Rather, on the contrary, it strengthened  the desire to take advantage of exceptional circumstances. The  fighting between Azerbaijan and Armenia that broke out in early  September is a vivid example of such an attempt. Taking advantage of  the fact that Moscow's forces are now distracted, Baku is  energetically trying to get Yerevan's consent to settle the Karabakh  conflict on Azerbaijani terms as soon as possible. This undermines  Russia's authority, threatening Moscow's already shattered positions  in the Caucasus.

In a situation where the internationally recognized territory of  Armenia was attacked, of the two possible roles - a mediator and a  guarantor of security - Moscow has chosen the first one, although  this is no longer the Karabakh issue. While the United States, France  and a number of other countries unequivocally condemned Azerbaijan's  aggression, Russia called on both sides to respect the ceasefire.

As the analyst notes, after gaining independence in 1991, Armenia  tried to ensure its protection by Russia.  The country joined the  CSTO, hosted a Russian military base, signed a separate Treaty of  Friendship, Cooperation and Mutual Assistance with Moscow. At one  time, that alliance seemed more indestructible than the friendship  between Russia and Belarus. Armenia was surrounded by enemies -  Turkey and Azerbaijan - and only a Russian shield could cover it.

In 2020, during the lost war for Nagorno-Karabakh, Armenians expected  help from Moscow, but they had no clear reasons why they should get  it. Yerevan itself has never recognized the independence of Nagorno-  Karabakh, de jure agreeing that it is the territory of Azerbaijan.  Why did Moscow have to fight for this unrecognized land?

However, the outcome of the war changed Russia's position in the  region - it began to turn from an arbitrator into just one of the  mediators. More than two thousand Russian peacekeepers deployed in  Karabakh did not help - they have become nominal rather than real  protection of the Armenian population of the region. Two years after  their deployment, they still don't even have a clear mandate to  regulate the use of weapons. In fact, their real ability to contain  Azerbaijan is measured only by Russia's authority.

Nevertheless, Atasuntsev believes, even after the victory in 2020,  the territory of Armenia proper remained a red line for the  Azerbaijanis, which they did not dare to cross. This has been the  case up to the current crisis.

In particular, the article notes that the past summer showed that  Moscow is not ready to defend the strict implementation of even a  tripartite statement that stopped the war in 2020. This became  finally clear during the previous escalation in early August, when  Baku demanded that the Armenians hurry up with the construction of  their section of the new road connecting Armenia and Karabakh,  bypassing Lachin. And it delivered an ultimatum through Russian  peacekeepers: either the Armenians leave Lachin, or Baku will force  them to do so.

In September, against the backdrop of Russia's retreat near Kharkov,  Azerbaijan attacked the territory of Armenia itself. It is possible  that Baku realized that everything, except for the Ukrainian front,  is now secondary for Moscow.

Therefore, Moscow is trying to delay the resolution of the conflict.  The parties have a Russian draft peace treaty, which proposes to draw  an interim result, delimit the border, and leave the Karabakh issue  until calmer times. But this predictably does not suit Azerbaijan,  which is now in a strong position.

Baku believes that the Nagorno-Karabakh issue was closed in November  2020, when the Azerbaijanis won a quick but bloody war at the cost of  thousands of lives. And even ensuring the rights of the Armenian  population of the region is now an internal affair of Azerbaijan.  From Baku's point of view, Karabakh Armenians are no different from  other national minorities in the country, such as the Talysh or  Lezgins.

The Armenian authorities would like the agreement with Baku to be  more like a peace treaty, rather than unconditional surrender - for  Nikol Pashinyan, this is a matter of political survival. But Yerevan  does not have the opportunity to achieve some kind of autonomous  status for Karabakh through diplomacy. It can only be won back, while  neither the authorities nor society are ready for a new war in  Armenia.

It is hard to believe that Azerbaijan's goals are more ambitious and  that it wants to cut a corridor to Nakhichevan by force. Not only  because of the unpredictable consequences, starting with  international sanctions and ending with the threat of a military  clash with Russia. But also because then Baku will violate the  principle of territorial integrity, which it has defended all these  years, seeking the return of Karabakh.  Azerbaijan has tried to be  consistent on this issue, even to the extent of supporting the  territorial integrity of Ukraine against Russia.  There is no such  political force in the world that could force Azerbaijan to give up  its claims to Nagorno- Karabakh. The United States, even taking into  account the visit of Speaker of the House of Representatives Nancy  Pelosi to Armenia, is limited to only words of support.  Armenian  resistance is fading. Before the 2020 war, Yerevan argued that the  Nagorno-Karabakh Republic could not be part of Azerbaijan. After the  defeat, such announcements were made only from Stepanakert.  Now  referring to Karabakh, Yerevan only voices the protection of the  rights of local Armenians. This looks like a willingness to discuss  autonomy within Azerbaijan.