Opinion: Nikol Pashinyan ejected from the game everyone who could  independently change something in favor of the Armenians in the  situation with Azerbaijan 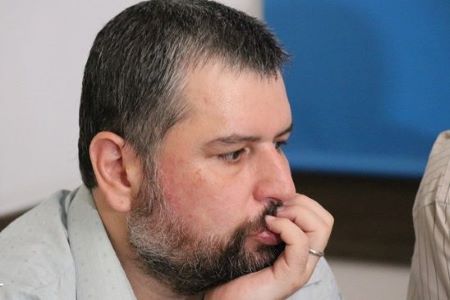 ArmInfo.ikol Pashinyan Nikol Pashinyan ejected from the game everyone who could  independently change something in favor of the Armenians in the  situation with Azerbaijan. Information security expert Karen  Vrtanesyan shares a similar opinion.  He drew attention to the fact  that many people in Armenia still continue to resent the fact that  Prime Minister Nikol Pashinyan and his team are not doing a very good  job.

The expert stated that citizens say: "He is badly preparing for war,  badly conducting diplomacy, and so on ... How can he ask Aliyev from  the UN rostrum, what are the borders of Armenia in his imagination,"  etc.  etc.

In this vein, Vrdanesyan asks the question of how long one can  continue to repeat this banality. "Nikol (Pashinyan) prepared very  well for the war. He calculated everything, he did everything so that  we lost this war and came out of it with such losses that he could do  whatever he wanted with us after that.  He is leading the country to  defeat, the perpetrators of this defeat have already been appointed:  the opposition, the military, the CSTO, the Russians ... He ejected  from the game everyone who could independently change something in  favor of the Armenians in this situation, "the military expert  believes.  In his opinion, Pashinyan's mission is to paralyze  Armenia, and while he is in power, there is no chance of resistance.

It should be noted that Prime Minister of the Republic of Armenia  Nikol Pashinyan at the 77th UN General Assembly in his speech  recalled the Azerbaijani military aggression against the sovereign  territories of Armenia, and the silence of some representatives of  the international community, without specifying whom he had in mind.  He accused the Azerbaijani authorities of being destructive and  trying to use the demarcation process to express territorial claims  against Armenia. Speaking about the comprehensive settlement of the  Nagorno-Karabakh conflict, he did not say a word about the right of  peoples to self- determination, stating only the need to take into  account and guarantee the rights and security of the Armenians living  in Nagorno-Karabakh. Moreover, the Prime Minister of Armenia,  speaking about the process of demarcation and delimitation of the  Armenian-Azerbaijani border, accused Azerbaijan of destructiveness,  but at the same time suggested that the Azerbaijani side present a  complete list of its territorial claims to Armenia.