Powers of judge Alexander Azaryan, who released Robert Kocharyan from  arrest in 2018, were terminated 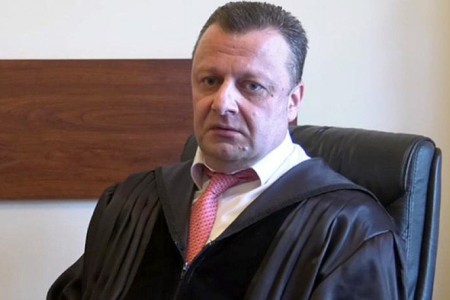 ArmInfo.On September 22, the Supreme Judicial Council (SJC) of Armenia adopted a decision, according to which the powers of judge of the Criminal Court of  Appeal Alexander Azaryan were terminated.

On August 13, 2018, the Court of Appeal, chaired by Judge Azaryan,  released second president of the country, Robert Kocharyan, from  arrest, based on the immunity of the former president. Azaryan also  decided to release TV5 owner Armen Tavadyan from custody. In May  2019, he told the media that he was ready to resign if Prime Minister  Nikol Pashinyan also resigned or when he turned 65.