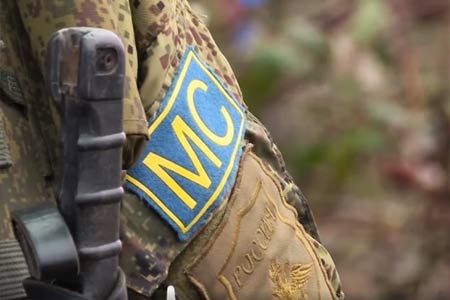 ArmInfo. The Center for Law and Justice, Tatoyan Foundation, has issued the following  statement:

Yesterday, on September 21, the President of Azerbaijan again spoke  about the attack (use of force) against Armenia, particularly the  entire Syunik, with open threats of war and blackmail.

Having illegally invaded the sovereign territory of RA for 2 years,  he keeps falsifying even invasions of 2022 September 13-15.

We clarify for the international community that this policy of the  Azerbaijani authorities has an established mechanism:

1. to appear "innocent" and "white" to the world, they announce that  they want peace,

2. then Azerbaijani authorities continue with blatantly false  statements that Armenia or Artsakh are firing at their positions and  by this "legitimize" their future attacks,

3. afterwards, Azerbaijani officials and "independent" experts, media  and telegram channels start to spread these falsehoods in an  organized manner, creating public discourse and "legitimizing" future  provocations and attacks by Azerbaijan.

5. They kill and torture military servicemen and civilians, they film  and spread these crimes to gain praise among Azerbaijani users and  cause mental suffering to Armenian users.

6. the Azerbaijani government encourages these crimes including by  absolute impunity,

7. and most importantly, the Azerbaijani government continues the  policy of Armeniaphobia in all sectors of public life, from education  to culture.

In fact, Azerbaijan misleads the international community with lies,  covering its real genocidal intentions with a veil of peace and  advancing their real intentions in every possible way.

Therefore, urgent international interferences are needed, including  monitoring and control mechanisms.  As long as there are no concrete  guarantees and no responsibility of Azerbaijani authorities, they  will continue these policies and attacks, thereby continuously  undermining security, democracy and human rights in Armenia.