Iran`s link with Armenia should not be jeopardized - Iranian  president 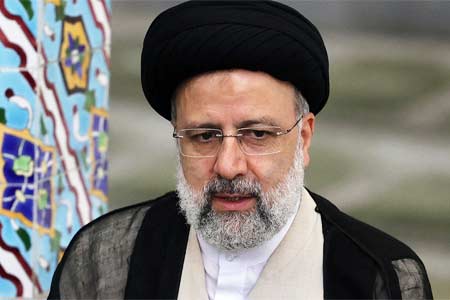 ArmInfo.Prime Minister Nikol Pashinyan met with President of the Islamic Republic of Iran Ebrahim Raisi within the framework of the 77th session of the UN General  Assembly in New York.

The Prime Minister referred in detail to the large-scale aggression  undertaken by Azerbaijan against the sovereign territory of Armenia  and its consequences, emphasizing the importance of the condemnation  of Azerbaijani actions, the adequate reaction of the international  community, including Iran, for the withdrawal of Azerbaijani units  from the sovereign territory of Armenia. Nikol Pashinyan expressed  satisfaction with the clear assessments of the Iranian side,  attaching importance to the close bilateral cooperation in the  current situation.

Ebrahim Raisi noted that Iran is attentively following the  developments and added that all issues in the region should be solved  exclusively peacefully. According to the President of the Islamic  Republic of Iran, Iran's position regarding the territorial integrity  of states and the inadmissibility of border changes in the region is  clear and Iran's link with Armenia should not be jeopardized. Ebrahim  Raisi stressed that his country is ready to support the establishment  of peace in the region, adding that the Armenia's security is  important for Iran.

The interlocutors exchanged thoughts on further development and  expansion of cooperation between the two states in various fields.

Nikol Pashinyan and Ebrahim Raisi also referred to other issues of  mutual interest.