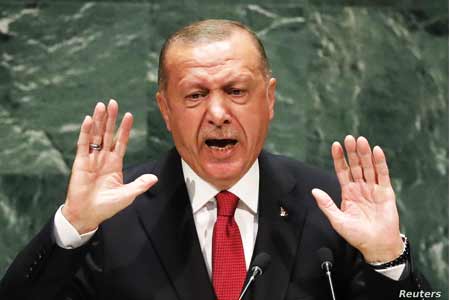 ArmInfo.A meeting of Prime Minister of Armenia Nikol Pashinyan and President of Turkey  Recep Tayyip Erdogan within the event in Prague is not excluded. At  the same time, such a meeting is not confirmed at this moment. In  case of confirmation of the meeting, the public will be informed in  due time, Vahan Hunanyan, Spokesperson for Armenia's foreign office,  told ARMENPRESS.

According to the Anadolu news agency, Erdogan said that he is  considering participating in the European Political Community meeting  in Prague, and if a decision is made to travel to Czech Republic then  presumably the Armenian PM Nikol Pashinyan will also be there and a  meeting could take place. "It is possible that we will have the  chance to discuss all issues there," Erdogan said.

Erdogan added that they will have "some initiatives" in the Caucasus  which are now in the planning phase.  The Turkish president said that  he will discuss these issues with "his brother" Azerbaijani President  Aliyev and will take steps accordingly.