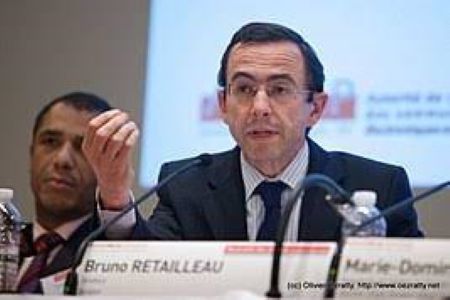 ArmInfo.On the initiative of French Senate member Bruno Retailleau and Armenia's Embassy in France, a forum on Artsakh was held at the Reception Palace of the  President of the French Senate, where the book entitled  'Haut-Karabakh: le livre noir' was presented.

The even took place under the auspices of President of the French  Senate Gerard Larchers.

Senator Bruno Retailleau made a welcoming speech and voiced  solidarity with Artsakh and Armenia. He decried Azerbaijan's  aggression against Armenia and the military crimes committed by  Azerbaijani troops.  He stressed an urgent need for French and  European support for Armenia.

The final speeches were made by Representative of the Republic of  Artsakh to France Hovhannes Gevorgyan and Armenia's Ambassador to  France Hasmik Tolmajyan. Ambassador Tolmajyan thanked Senator Bruno  Retailleau for his solidarity with Armenia and Artsakh. She  emphasized an urgent need for international community's support to  Armenia and Artsakh and opposition to Azerbaijan's aggressive claims.