As a result of Azerbaijan`s aggression, there are 207 killed and  missing people, 293 wounded, 20 captured servicemen on Armenian side:  Armenian Security Council reports 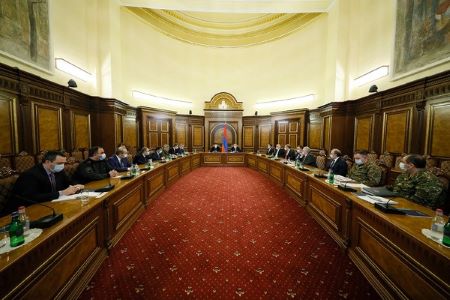 <On the night of September 12-13, 2022, the armed forces of  Azerbaijan launched a large-scale aggression against the sovereign  territory of the Republic of Armenia using large-caliber weapons,  artillery, missile systems and unmanned aerial vehicles.

As a result of the aggression, the number of killed and missing  people reaches 207, including 3 civilians killed and 2 missing. 293  servicemen and three civilians were wounded, 20 servicemen were taken  prisoner. There is evidence of cases of torture, mutilation,  dismemberment of captured or wounded Armenian servicemen by  Azerbaijanis, and thus unlawful killing>, the statement says.

The aggressive policy pursued by Azerbaijan is aimed at frustrating  efforts to establish peace in the region, open up regional  communications, comprehensively resolve the Nagorno-Karabakh problem  and impose forceful solutions on the Republic of Armenia. Having  adopted the agenda of establishing peace and opening regional  communications, the Republic of Armenia considers the policy of  threats and coercion pursued by Azerbaijan unacceptable.

We call on the international community to put constant pressure on  Azerbaijan to end the occupation of the sovereign territories of the  Republic of Armenia and withdraw troops, and we also welcome all  those countries and organizations that have taken a clear position.

At the same time, we reaffirm the commitment of the Republic of  Armenia to the fulfillment of the obligations of a responsible member  of the international community", the adopted statement says.