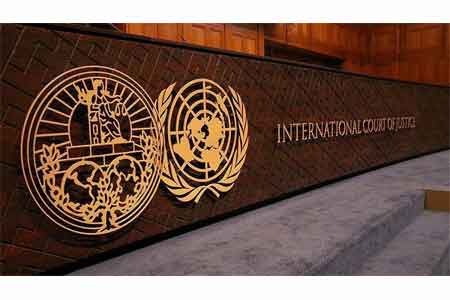 ArmInfo.Armenia submitted an application to the International Court of Justice over the war crimes committed by Azerbaijan, the spokesperson of the Armenian  representation at the ECHR Hasmik Samvelyan told Armenpress News Agency.

According to the source, Samvelyan said the letter has been sent but  it will be officially published on September 19.  "The grounds for  applying to the International Court of Justice are the war crimes  committed by Azerbaijan," she said.

On September 13, at 00:05, units of the Azerbaijani Armed Forces  began to conduct intense fire from artillery and large-caliber  weapons in the direction of Armenian positions located near the  settlements of Goris, Sotk and Jermuk. The enemy also used UAVs.   Later, Azerbaijan moved to the attack in other directions. According  to official preliminary data, the losses of the Armenian side  amounted to 135 people, but this figure is not yet final.  There are  also many injured. Secretary of the Armenian Security Council Armen  Grigoryan said on September 14 that thanks to the participation of  the international community, a ceasefire agreement was reached.  On  September 13, Armenia applied to the European Court demanding the  application of interim measures against Azerbaijan. The applications  filed concern the shelling of civilian settlements in Armenia, the  protection of the fundamental rights of the civilian population and  prisoners of war. Armenia also applied to the European Court of  Justice with a request to apply paragraph 2 of article 39 of its  statute and immediately notify the Committee of Ministers of its  decision. The European Court of Human Rights has sent a request  to Azerbaijan regarding the video recordings of 1 POW and other  unknown POWs as of September 13, giving a deadline of September 22.