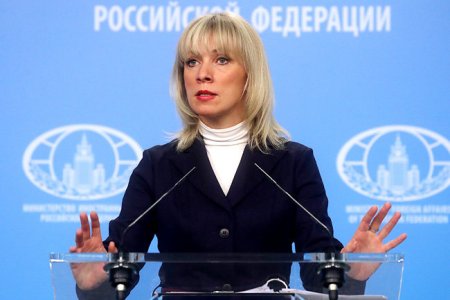 Thus, on September 15, an incident occurred during the weekly  briefing. In particular, when the journalist of the Public Television  of Armenia began her question by citing the facts of two incidents  when the Azerbaijani Armed Forces attacked the column and the  stationing point of Russian border guards on the territory of the  Republic of Armenia, Zakharova interrupted her, and in particular,  said: "You know, I probably did not say something clearly! I asked  you not to declare certain statements, but to ask a question.  I  understand everything perfectly, I respect you, but still I hope that  you will hear my request. So that I don't have to correct you  anymore. And I really wouldn't want to do so. Please, ask a question  if you have, and if you don't, let's continue (briefing - ed.  note)."   As ArmInfo reported yesterday, on September 13-14, the Azerbaijani  Armed Forces attacked Russian border guards. In the first case it was  a dislocation point, in the second case a column. The fact of the  shelling was confirmed not only by the Ministry of Defense of  Armenia, but also by the Border Guard Department of the FSS of the  Russian Federation in the Republic of Armenia. "In connection with  the information that spread in the media, the Border Department of  the FSS of Russia in the Republic of Armenia reports that as a result  of the incidents that took place on September 13-14, 2022, the  employees of the border agency did not suffered," the Border  Department said in this regard