Forecast: The United States is not active on the Artsakh issue at  this stage 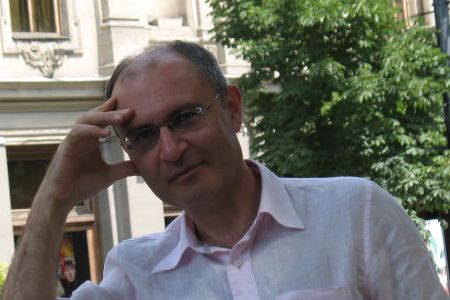 ArmInfo.The United States is not active in the Artsakh issue at this stage. And I do not at all share the euphoria associated with the appointment of Philip Ricoeur  as the new US co-chair of the OSCE Minsk Group. A similar opinion was  expressed to ArmInfo by public and political figure Mikayel  Hayrapetyan.

"If someone really believes that through this appointment, Washington  is focusing its own attention on Artsakh, then this someone only  faces us to new disasters. At this stage, the United States is not at  all concerned about the need to protect the lives of Artsakh  residents, but  the United States is striving to prevent another  Russian-Turkish partition of Armenia," he is convinced.

According to Hayrapetyan, CIA director William Burns's recent trip  to Yerevan was driven by precisely this desire. In his opinion, the  US today is trying to assume the role of a guarantor of the  preservation of Armenia's sovereignty. And their only motivator in  all this is the desire to prevent the next tectonic shifts in the  South Caucasus.

The politician noted that through its current geopolitical strategy,  Washington, in particular, seeks to prevent a new positional  anti-American Russian-Turkish alignment in the region. In his  opinion, this state of affairs creates a rare situation in which the  interests of Armenia and the only superpower in the world coincide.

"I believe that it would be a mistake not to take advantage of such a  coincidence for the leadership of Armenia. Especially against the  background of the surrender of Berdzor with Aghavno, which recently  became another slap that we received precisely as a result of the  long-term apolitical apathy of our own way of thinking. All this is  happening step by step within the framework of well-known agreements.  And along this way, we will have many more similar surprises,"  Hayrapetyan summed up.