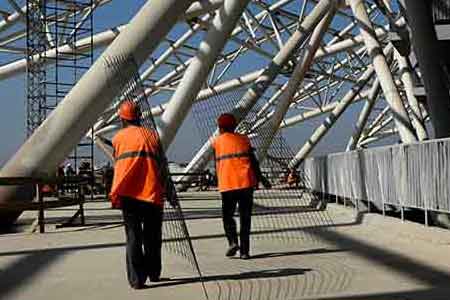 ArmInfo. Georgian Premier  Irakly Gharibashvili will participate in the opening ceremony of a  road bridge on the Debeda river.

"Georgian Premier Irakly Gharibashvili and his Armenian counterpart  Nikol Pashinyan will participate in the official opening ceremony of  a road bridge on the Debeta river, not far from the Georgian-Armenian  border," Georgian media report.

The ceremony will take place 2:00pm.

The budget is EUR 9mln, with the EBRD loan being EUR 7.2mln. The  Iranian company Tunnel Sadd Ariana is the developer, with technical  control by the South Korean companies Soosung Engineering and Korea  Consultants International Co. The project was launched last May.