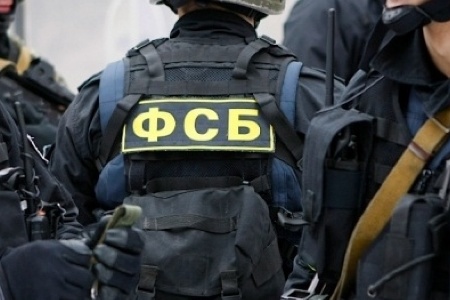 ArmInfo. The strengthening of control on the section of the Meghri-Agarak (M2) highway, along the state border of the Republic of Armenia and the Islamic Republic of  Iran, is associated with an increase in attempts to illegally import  hard drugs and psychotropic substances (hashish, methamphetamine,  heroin) from Iran to the Republic of Armenia.

This was stated at the request of ArmInfo by the press service of the Border Guards of the Russian Federal Security Service (FSS) in the Republic of Armenia,  referring to the reasons for strengthening control on the  Meghri-Agarak section of the highway, along the border with Iran.

It should be noted that earlier, a number of Armenian media,  referring to  head of the enlarged Meghri community, Bagrat  Zakaryan, in order to cross the road from Meghri to Agarak, it is necessary to pass through checkpoints. He clarified that Russian  peacekeepers have formed about 5 modular checkpoints in Meghri,  where Russian border troops carry out border service. They were  established 8-9 months ago.

The head of community specified that one of the checkpoints was  established on the Meghri-Agarak road, on the banks of the Araks, the  other one on the road leading to Agarak, another checkpoint was also  established on the road leading to Shvanidzor, two more checkpoints  were established on intercommunal roads leading to villages.  In this  regard, the Border Guards of the Russian FSS in RA reminded that they  carry out their activities to protect the state border of Armenia  with the Republic of Turkey and the Islamic Republic of Iran on the  basis of the interstate agreement "On the status of the border troops  of the Russian Federation deployed on the territory of the Republic  of Armenia, and the conditions for their functioning signed between  the two countries in 1992.  "Recently, a tense operational situation  has developed on the Armenian-Iranian section of the state border,  caused by an increase in attempts to illegally transfer heavy  narcotic drugs and psychotropic substances (hashish, methamphetamine,  heroin) from Iran to Armenia.  In addition, cases of violation of the  state border by representatives of extremist and terrorist  organizations are recorded. Thus, in 2021, the Russian Border Guards  arrested two militants in the territory of the border guard  detachment of Meghri - armed with weapons, grenades and a large  amount of ammunition, which came illegally from Iran.

In order to ensure the security of the Republic of Armenia, in  accordance with the RA law "On the State Border", in agreement with  the Government, the National Security Service and other competent  bodies of Armenia, since the beginning of this year, a number of  equipped posts on duty of border guards have been established to  carry out selective (and in case of search and prosecution of  violators of the border - all without to carry out selective   verification actions related to persons and vehicles in order to  identify(and in the case of the search and prosecution of border  violators, all persons, without exception), prevent and suppress the  facts of smuggling, organization of illegal migration and other  offenses.  We ask citizens moving in the border zone to treat with  understanding the legitimate requirements of law enforcement  agencies," the Border Guards said.