No evacuation of Berdzor residents in trilateral statement - Karen  Vrtanesyan 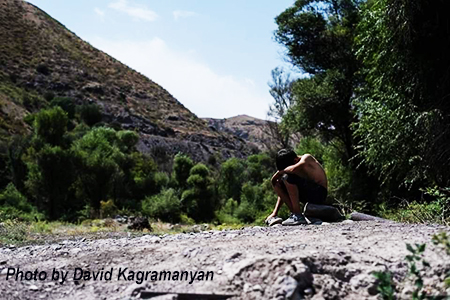 He recalls Point 6 of the statement, which reads: "The Republic of  Armenia shall return the Kelbajar region to the Republic of  Azerbaijan by November 15, 2020, and the Lachin region by December 1,  2020. The Lachin corridor (5 km wide), which will provide for  communication between Nagorno-Karabakh and Armenia and at the same  time will not affect the city of Shushi, shall remain under the  control of the peacekeeping troops of the Russian Federation. The  Parties have agreed that a plan for the construction of a new route  along the Lachin corridor shall be determined within the next three  years, providing communication between Nagorno-Karabakh and Armenia,  with the subsequent redeployment of Russian peacekeeping troops to  protect this route."

"The question here is only distancing the road from Shushi. It is a  question of a road bypassing Shushi rather than of vacation of  Berdzor or evacuation of Berdzor residents," Mr Vstanesyan wrote.

Tigran Abrahamyan, a member of the opposition parliamentary faction,  points out that he has for a week been studying the motives behind  Azerbaijan's latest aggression.

"That was a well-thought-out operation in political, military and  regional terms. Armenia's authorities urgently satisfied Azerbaijan's  political demands at this stage, and Azerbaijani troops are being  redeployed/moving toward Artsakh, tightening the ring round it and  increasing pressure.

"In the current politico-military situation, Armenia's government is  incapable of any actions, even in case of a miraculous wish," Mr  Abrahamyan wrote.

"Under the difficult conditions, it is only a change of power that  can open up opportunities. Otherwise, Azerbaijan is laying the legal  groundwork for its advance as far as Yerevan and it will proceed as  long as the situation permits," he writes.

Azerbaijan has presented an ultimatum demanding resettlement of the  Berdzor, Sus and Aghavno residents until August 25, planning to close  the highway running along the Lachin corridor, while an alternative  highway has not yet been constructed. So Artsakh is facing complete  isolation. Azerbaijan's ultimatum is in conflict with Point 6 of the  trilateral statement Azerbaijan itself is referring to. The  international community is silent about that.  Earlier, Artsakh  Minister of Territorial Administration Hayk Khanumyan discussed  evacuation of the Aghavno, Sus and Berdzor residents with the  Kashatagh residents and local authorities. However, the local  residents will not leave.

Under the circumstances, 56 residents of Aghavno applied to the OSCE  Minsk Group co-chairs for immediate and active interference and  mediation by France and the United States for the village to be  relocated in the new corridor zone (just 1,200 meters of the area) to  avert a humanitarian disaster, which could deprive them of their way  of life, homeland and even lives.

"We are also demanding that the Armenian and Artsakh authorities take  immediate measures to make Aghavno part of the new, Kornidzor  corridor," the residents' message reads.