"If we lose Artsakh, we will turn the last but one, if not the last,  page of Armenian history" - Artsakh Beglaryan 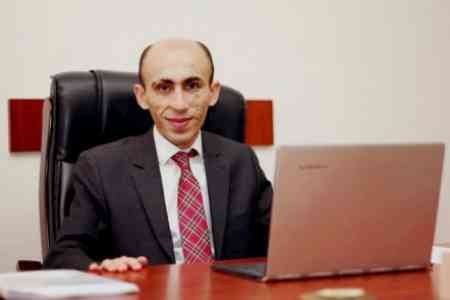 With regret he points out the fact that UAV attacks killed two and  wounded 19 Armenian servicemen. Mr Beglaryan extends his condolences  to the families of killed servicemen, Gurgen Gabrielyan and Artur  Khachatryan.

"These cases are one more proof that the Artsakh people's spirit of  resistance has not been broken and we are ready for and capable of  self-defense.

"Secondly, Azerbaijan continues its anti-Armenian and militant policy  thereby ruling out the Armenian people's existence in Artsakh and,  later, in Armenia.  "International politico-military guarantees and  mechanisms, especially in the current fragile world order, do not  fully ensure the Artsakh people's security, and we must consistently  enhance our strategic stability.

Amid Azerbaijan's anti-Armenian policy the end of the conflict is not  seen, and, by means of regular provocations and pressure, Baku is  trying to improve its politico-military positions in the region and  force Armenians into leaving Artsakh," he said.

With this end in view, Azerbaijan is using force and threat of force,  upgrading its military force, involving Turkey in the regional  relations following its own agenda, isolating Artsakh, pushing  forward Azerbaijan's interests by enhancing its regional and global  role and disseminating disinformation, causing splits between  different parts of the Armenian people, inspiring a sense of  helplessness in the Armenians (primarily in the Artsakh Armenians),  worsening the living conditions in Artsakh, restricting the Russian  peacekeeping contingent's potential in the region and discrediting it  among Armenians.

"Since Artsakh is of exceptional importance for Armenia and  Armenians, in the context of the aforementioned threats, the only  solution for us is to consistently enhancing the strategic resistance  of Artsakh and Armenia in the following fields: security, demography,  developing economy, high-quality education, efficient management,  national ideology, pragmatic international relations.  "If we lose  Artsakh, we will turn the last but one, if not the last, page of  Armenian history," Mr Beglaryan wrote.