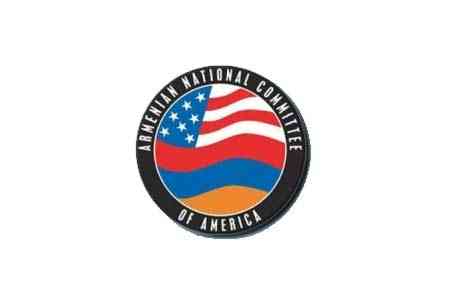 ArmInfo.The Armenian Assembly of America (Assembly-AAA) calls upon His Excellency Mr. Abdulla Shahid, President of the 76th session of the United Nations General Assembly (UNGA) and current Minister of Foreign Affairs of the Maldives, to  affirm the Armenian Genocide following the deletion of his original  statement on Twitter about his visit to the Armenian Genocide  Memorial (Tsitsernakaberd) and Museum-Institute in Yerevan on July  27, 2022, the Assembly reports.

It should be reminded that during his visit to Yerevan, President of  the UN General Assembly Abdulla Shahid visited the Memorial of the  victims of the Armenian Genocide and made a post about it in his  microblog on the social network Twitter. However, a few hours later  he deleted the post on the Armenian Genocide, made immediately after  visiting the Tsitsernakaberd memorial complex. "Laid a wreath at the  Memorial to the victims of the Armenian Genocide. Special thanks to  Museum-Institute Director Harutyun Marutyan and Hasmik Martirosyan  for a tour of the Museum", Shahid wrote in a deleted post.

As the Assembly noted, in response, Congressman Frank Pallone, Jr. (D-NJ) stated that "The UN should not be complicit in Turkey's  rejection of history. UN General Assembly President Abdulla Shahid  was wrong for deleting his tweet and capitulating to pressure from  Turkey."

"To date, 31 countries and dozens of international organizations  recognize the genocide of the Armenian people committed by the  Ottoman Turkish Empire from 1915-1923, which resulted in the loss of  1.5 million Armenians and the dispossession of a nation from its  three millennia-old Western Armenian homeland. The UNGA codified the  crime of genocide by adopting the Convention on the Prevention and  Punishment of the Crime of Genocide (the "Genocide Convention") in  December 1948, heeding many of international human rights lawyer  Raphael Lemkin's ideas, who coined the term genocide in 1944 and  referenced the 1915 Armenian Genocide as a seminal example of the act  of genocide.

The UNGA President's actions are demonstrative of genocide denial,  which is the worst form of hate speech. To honor the 50th anniversary  of the Genocide Convention in 1998, over 150 distinguished scholars  and writers issued a statement to commemorate the Armenian Genocide  and condemn the Turkish government's denial of this crime against  humanity. In the statement, the scholars emphasized that the "denial  of genocide strives to reshape history in order to demonize the  victims and rehabilitate the perpetrators.  Denial of genocide is the  final stage of genocide. It is what Elie Wiesel has called a 'double  killing.' Denial murders the dignity of the survivors and seeks to  destroy remembrance of the crime." UNGA President Shahid's action  undermines the international community's trust in and  responsibilities towards upholding the letter and spirit of the UN  Genocide Convention. The Armenian Assembly of America urges UNGA  President Shahid to issue a public explanation and retraction with  respect to his deleted tweet, and affirm his commitment to recognize  the Armenian Genocide and condemn its denial,"the Assemblymessage reads.