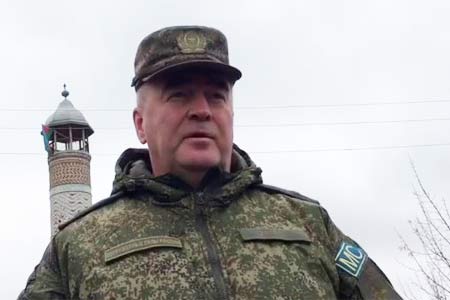 ArmInfo.Commander of the Russian peacekeeping contingent, Major General Andrey Volkov met with representatives of the public and opposition forces of Artsakh.

"During the meeting, Major General Andrey Volkov explained the  position of the peacekeeping contingent regarding the ongoing  developments, informed about the work done, and also assured that the  Russian Federation would take all measures to prevent further  aggravation of the situation," the message on the Russian  peacekeepers' in Artsakh Telegram channel says.

On August 3, in the morning, the Azerbaijani Armed Forces fired at  the combat positions of the Artsakh Defense Army and the place of  permanent deployment of one of the military units, using mortars,  grenade launchers and attack UAVs, as a result of which two contract  soldiers were killed and 19 soldiers were injured.