Charles Michel is in close contact with leaders of Armenia,  Azerbaijan for immediate de-escalation of situation 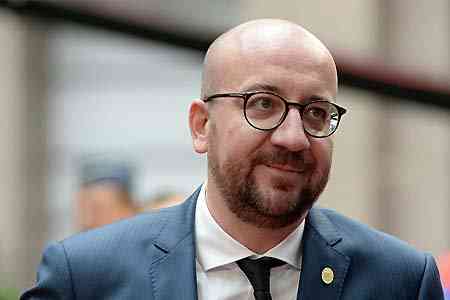 ArmInfo.European Council President Charles Michel is in close contact with the leaders of Armenia and Azerbaijan. This was reported by Euronews with reference  to the official representative of the EU.

According to the information, Charles Michel talked with Armenian  Prime Minister Nikol Pashinyan, "soon" he will talk with Azerbaijani  President Ilham Aliyev.

"His team and EU Special Representative Toivo Klaar have been in  close contact with both sides in recent days to achieve immediate  de-escalation and progress on all agenda items through dialogue," the  official added.

Yesterday, an official representative of the EU said that the  European Union calls on the parties to the conflict in  Nagorno-Karabakh to immediately end hostilities and resume  negotiations.