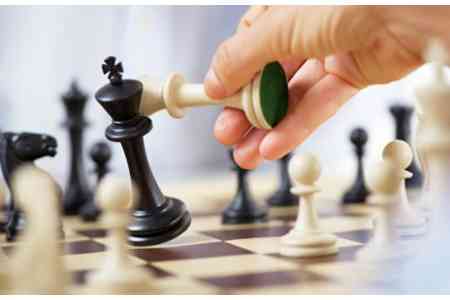 ArmInfo. The Armenian men's chess team won the sixth consecutive victory at the World Chess Olympiad, becoming the sole leader of the tournament. The  International Chess Federation reports on its microblog in Twitter.

"Despite the amazing effort of Gukesh, India B surrenders 1?-2? to  Armenia.  3-time Olympic champions, Armenians were stronger on the  lower boards. GMs Ter-Sahakyan and Hovhannisyan won their games.  Going into a rest day, they are the sole leaders with perfect 12  match points!" The World Chess Olympiad takes place in Channai, India  from July 28 to August 10. -