Forecast: There will be no "big" war 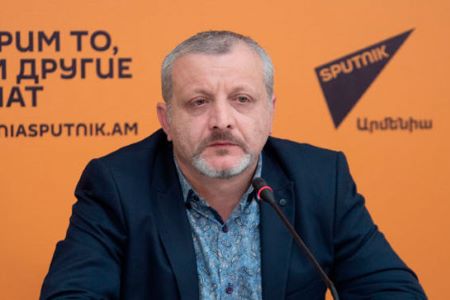 ArmInfo.The telephone conversations of US Secretary of State Antony Blinken and his deputy Karen Donfried with the leaders and foreign ministers of Armenia and  Azerbaijan, respectively, are evidence of a significant US activation  in the Caucasus direction.

Chairman of the board of the Democratic  Alternative Party, political scientist Suren Surenyants, expressed a  similar opinion to ArmInfo.  " I am convinced that such an intensity  of calls from Washington to Yerevan and Baku against the background  of Ukraine, now Kosovo and Taiwan is a not a coincidence. And this  indicates a high degree of US interest in the current processes  between Armenia and Azerbaijan. I think that the Americans voiced  certain proposals to Aliyev, opening up more space for him to  maneuver between Washington and Moscow," he suggested.

Against this background, according to the political scientist,  Moscow, in turn, is becoming more active.  First of all, with the aim  of making proposals to Baku in turn, and secondly, to convince  Yerevan of the need for decisions based on these proposals. Having as  a priority the blocking of American activity. In his opinion, this is  evidenced by the calls of Lavrov and Putin to Baku, following the  American ones.

According to the political scientist, real politik continues to  dictate, which is expressed in the increased role of the Russian  Federation in the South Caucasus, due to the largest arsenal in the  region. Against which the EU and even the US still play the role of  second fiddle. Accordingly, Moscow does not oppose the initiatives of  other players in this game, as long as they do not directly  contradict the Tripartite Statement of November 9, 2020. In other  words, Moscow's reaction to Blinken's and Donfried's calls to Yerevan  and Baku allows us to assume that the US is going beyond its red  lines.

"One way or another, I don't see the threat of a big war, Because I  do not see any prospects for major players to allow such a war to  Aliyev. Today, neither Russia nor the West needs war. Russia does not  want to break the status quo that it has established, and the West  does not want to jeopardize communications to the Middle East. Baku  can play on all this only by intensifying bargaining with the West  and the Russian Federation, of course, at the expense of Armenia and  Artsakh," Surenyants forecasted.