Expert: Baku will comply with the judicial acts of Strasbourg and The  Hague only under the threat of sanctions 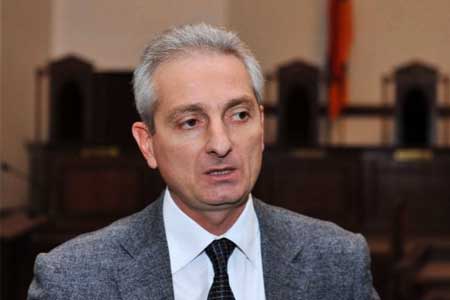 ArmInfo.The leadership of Azerbaijan will comply with the judicial acts adopted by the ECHR and the International Court of Justice of the Hague only in the event of  a threat of application and the very application of political  sanctions. An expert in the field of international law, lawyer Ara  Ghazaryan, expressed a similar opinion to ArmInfo.

"Legal processes in these courts against Azerbaijan in order to  return Armenian prisoners of war to their homeland are ongoing. The  ECHR and the Hague court have already adopted interim decisions.  However, as a rule, their implementation requires a lot of time,  which is often measured even in years. It is impossible to do it  without legal processes, but it also makes no sense to pin hopes for  the return of our guys exclusively with them," he stressed.

According to official data, 38 Armenian servicemen are still being  held in Azerbaijani captivity. However, according to human rights  activists, in reality their number is much higher. Azerbaijan,  however, hides the real number of illegally detained Armenian  citizens.

Meanwhile, the lawyer believes that from a military-political point  of view, the process of returning Armenian citizens held captive by  Azerbaijan has reached a dead end. First of all, due to the fact that  Baku uses the issue of prisoners of war as a political lever to  extract concessions from Yerevan. According to Ghazaryan, Baku can be  forced to retreat from this position only by international sanctions.  Since in the conditions of their absence, Azerbaijan has considerable  opportunities for maneuvering in order to avoid the return of  Armenian prisoners of war.

At the same time, the lawyer noted that, if the judges of the ECHR or  the Hague Court would be willing they  may well force Baku to return  the Armenian prisoners to their homeland. According to him, this may  take place if the courts not only record in their verdict the fact of  a violation of human rights,  in this case, the rights of Armenian  prisoners of war by Azerbaijan, but also instruct this violation to  be immediately eliminated. Ghazaryan noted that international courts  take such steps very rarely.

"One way or another, the trials of Armenian prisoners in Baku are  false from the legal point of view and fabricated from beginning to  end. If only because they are accompanied by numerous violations of  human rights. The very fact of the absence of a public trial already  calls into question the entire legitimacy of trials against our guys.  Not to mention everything else. But Azerbaijan continues to break  this tragicomedy, using, among other things, its own political  resources. Thus, the effectiveness of legal processes in the cases of  our prisoners of war largely depends on political processes,"  Ghazaryan summed up.