Opposition protests must be permanent - MP 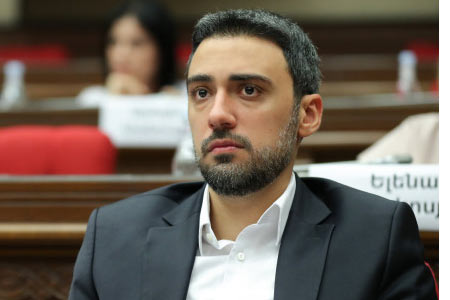 According to him, the opposition protests will be permanent. On July  5, the Resistance Movement will hold a protest.

The protesters are now marching toward the EU Delegation to Armenia.  Mr Vardevanyan highlighted the importance of resignation of Chairman  of the Supreme Judicial Council Gagik Jhangiryan, which will put an  end to his influence on Armenia's judicial system.

"But Jhangiryan's resignation does not mean denouncing his heritage.  Yesterday we visited our teammates at the Armavir penitentiary. Many  of them are there on the basis of decisions made by Gagik Jhangiryan.   Does not the EU have anything to say about that after all? All the  issues must be specified at the EU," Vardevanyan said.