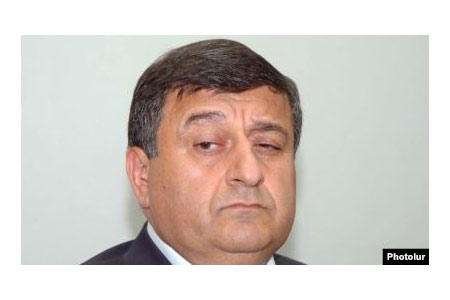 According to the source, on June 30, a commission formed for  discussion with the participation of SJC members Grigor Bekmezyan,  David Khachaturyan, Mesrop Makyan, Ani Mkhitaryan and Sergey  Chichoyan decided to refuse to initiate proceedings to bring Gagik  Dzhangiryan to disciplinary responsibility.

The decision of the commission notes that it is impossible to  initiate proceedings to bring to disciplinary responsibility a judge  or a member of the Supreme Judicial Council on the basis of an edited  video recording.  The Commission stated that the requirement  regarding the one-year term for bringing to disciplinary  responsibility was also violated. The recording was made on February  20, 2021, but  former Chairman of the SJC Ruben Vardazaryan was made  it public only on June 20, 2022, i.e. one year and 4 months after the  alleged violation.

It should be noted that on June 20, the temporarily dismissed  Chairman of the Supreme Judicial Council Ruben Vardazaryan presented  a scandalous recording of a conversation with Acting Chairman of the  Supreme Judicial Council Gagik Jhangiryan and a member of the Supreme  Judicial Council Stepan Mikayelyan, which took place on February 20,  2021. In this conversation, Jhangiryan persuades Vardazaryan to leave  his post, while asking him to do it "for good, quietly and  peacefully." He advises to think about the future of children, family  and assures that if he leaves, then all criminal cases initiated  against him will be terminated. "I guarantee you this as long as I'm  alive," according to the recording Jhangiryan said.  After the  recording was published, the Prosecutor General's Office announced  that the recording of the conversation between Gagik Jhangiryan,  member of the SJC Stepan Mikayelyan, and Ruben Vardazaryan, had been  sent to the Investigative Committee for study.  On June 23, the  Supreme Judicial Council decided to terminate the powers of  chairman   of the SJC Ruben Vardazaryan. Vardazaryan's powers as head of the   SJC were suspended in April 2021 on the basis of a criminal case  brought against him for interfering with the administration of  justice.