Opinion: If Russia now makes territorial concessions in the  Transcaucasus, then the responsibility for this act will be borne by  the current and future generations of Russians 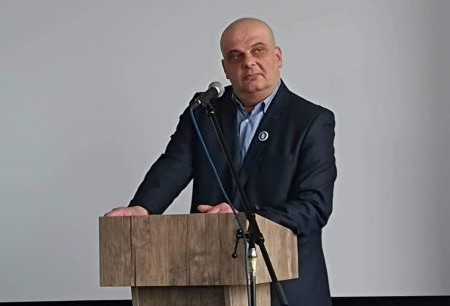 ArmInfo. If Russia now allows the unification of Nakhichevan with Azerbaijan at the expense of Armenia, then soon the war in Ukraine will seem like peaceful  exercises compared to what will be happening not only in the  Transcaucasus, but also in Russia itself. This is the opinion of  Israeli historian Vladimir Ruzhansky.

"Because Russia (I do not even write about Armenia) will have to  fight with the Great Turan first of all in its own territory, from  the Volga region to Kamchatka. In a word, it will be a much worse  catastrophe for Russia than the one that befell the Red Army in the  summer of 1941. To not understand this, one must either be a fool or  a traitor. A fool, if there are those in the Russian leadership who  believe in the possibility of an alliance between Russia and Turkey  with Azerbaijan.  A traitor, if they realize everything and ...   surrender everything to Azerbaijan and Turkey," Ruzhansky believes.

According to him, if Russia now makes territorial concessions in the  Transcaucasus, then the responsibility for this act will be borne by  the current and future generations of Russians.

"Because the future of Russia and all of Eurasia is now being decided  not in Ukraine, not in Central Asia and not in the Middle East, but  here, where Armenia, Russia and the Christian civilization in general  have a tiny foothold. For those who have not yet understood what we  are talking about, lost positions in Central Asia or Eastern Europe  can still be returned. But here the loss of transport arteries  threatens Russia with the formation of a single Turkic-Muslim,  anti-Russian front. Simply put, Russia is falling into a giant  cauldron," he said.

Ruzhansky is convinced that it is here, in Armenia, that Russia can  control the situation in all of Eurasia due to control over transport  routes. "It's so easy to understand. It's enough to know at least a  little geography at the level of a Soviet high school! "I will not  even mention the vision of prospects," the historian said, noting  with regret that "the Kremlin does not understand what they are doing  in Armenia now."