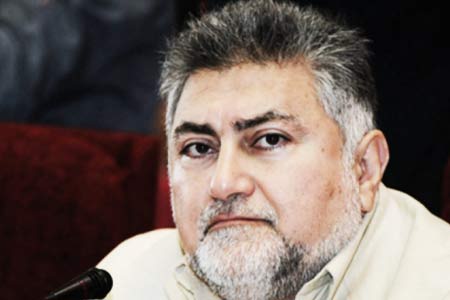 ArmInfo. The latest statement by the U.S. Department of State is evidence of Russia boycotting the OSCE Minsk Group's activities, Ara Papyan, Head of the Modus Vivendi  think tank, said in an interview with ArmInfo.

On June 28, the Bureau of European and Eurasian Affairs, U.S.  Department of State, disseminated the following Twitter message:

"The U.S. OSCE Minsk Group Co-Chair spoke with her counterparts today  to discuss the future of Nagorno-Karabakh. It's unfortunate the  Russian Co-Chair did not accept the invitation. We look forward to  the Minsk Group's continuing work."

However, two days before, Russian FM Sergey Lavrov and Spokesperson  for the Russian foreign office Maria Zakharova complained about the  USA and France being unwilling to cooperate with Russia within the  OSCE Minsk Group.

"The goal is to prevent the U.S. from putting forward its own  proposals for settling the Nagorno-Karabakh conflict in this format,  including in Turkey's interests. Otherwise, it will be most difficult  for Ankara to advance counterproposals in response to Washington, for  the simple reason that it has no mandate to. But we can see Moscow is  easily doing it, which, in fact, disables the OSCE Minsk Group  despite its being a de jure working agency," he said.

The latest impulses are evidence of Turkey and Azerbaijan  consistently pursuing their policy of capturing Artsakh and the  corridor via Armenia's Syunik province. In fact, neither Baku nor  Ankara is seeking "an era of peace" with Armenia - nor have they ever  done so. Rather, their goal is to destroy Armenian nationhood.

"In this context, a politico-military balance and powerful Armenian  statehood is the only way of our peaceful coexistence with Turkey and  Azerbaijan. We will not bring peace closer a bit by means of talks of  peace or by satisfying their appetite. And it is only with the West's  assistance that we can establish such a politico-military balance, as  Russia is unwilling and unable to ensure Artsakh's security. This is  a most difficult, but possible, task" Mr Papyan said.