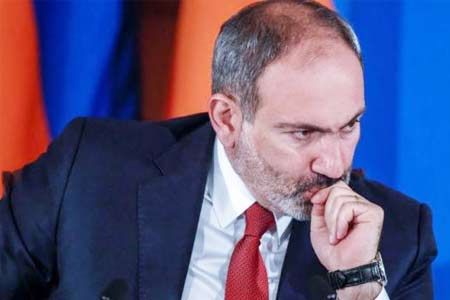 ArmInfo. International agencies called for "lowering the bar" for Artsakh's status back in 2016, Armenia's Premier Nikol Pashinyan stated at an online new conference.

According to him, the OSCE Minsk Group co-chairs made similar  proposals.

"I have repeatedly presented the co-chairing countries' proposals.  The proposals for the settlement of the Nagorno-Karabakh conflict the  co-chairs made in 2016 is nothing but a call to lower the bar," the  premier said.

Mr Pashinyan recalled his speech in Armenia's Parliament, when he  stated that in all the packages since 1998 the Armenian side has  recognized Nagorno-Karabakh part of Azerbaijan.

"When Nagorno-Karabakh was excluded from negotiations in 1998 was it  anything else but lowering the bar? When in 1999 Armenia signed the  Charter for European Security at the Istanbul Summit, which did not  directly deal with security principles, was it not lowering the bar?"  Mr Pashinyan said, recalling the Lisbon Summit in 1996.

"True, Armenia vetoed. But why did it veto? It vetoed the wording  that the Nagorno-Karabakh conflict must be settled within  Azerbaijan's territorial integrity. After Armenia vetoes, the  chairman made a statement conveying the international community's  position. Was it anything else but lowering the bar?" Mr Pashinyan  said. All the documents are available online, he added.

"What was their content? Does our society know about it? There was an  unwritten law not to mention the resolutions that were not in our  favor," the premier said. The international community could not  forget that, he added.

"On one occasion I could comment on the Azerbaijani president's  statement on the past. But I should say that the Russian foreign  minister's statement - if accurately quoted by mass media - sounds,  to put it mildly, strange. Why so? It is so because the Russian  foreign minister is an official subordinate to the Russian president.  Why I am saying it? For the simple reason that on April 19, 2022, I  paid an official visit to Russia, and the Russian president and I  signed a joint statement. What did we write in Point 24? We must  cooperate in settling the Nagorno-Karabakh conflict and must use the  potential of the OSCE Minsk Group under the international mandate,"  Mr Pashinyan said. He added that it is Russia's official position  committed to paper. I think this discrepancy should be clarified,  though there is nothing to clarify because a joint statement was  adopted," Armenia's premier said.

He stressed that thee the OSCE Minsk Group co-chairs re-affirmed  their commitment to the Nagorno- Karabakh peace process.

"Russia stated that in the joint statement. France and the United  States have stated several times. The OSCE Minsk Group co-chairs have  never stated their nonexistence," Mr Pashinyan said.