There are no other documents on the peace treaty between Armenia and  Azerbaijan, except for those that have been published - Pashinyan 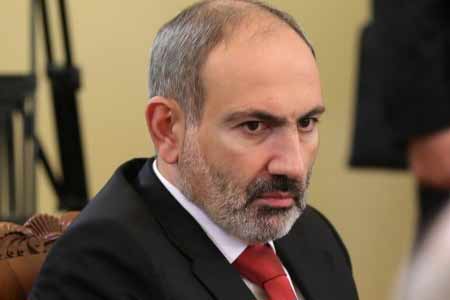 ArmInfo.To date, there are no other documents on the negotiating table for a peace treaty between Armenia and Azerbaijan other than those that have been published. On  June 27, RA Prime Minister Nikol Pashinyan stated this at a press  conference on his Facebook page.

He noted that the problem rests on the visions of the parties on the  negotiation process, its format, the provisions that should be  included in the peace treaty. In this context, the Prime Minister  emphasized, the statements made by Baku, according to which Armenia  allegedly delays the peace agreement negotiations, are surprising.  "The Armenian Foreign Ministry sent a proposal to the Azerbaijani  Foreign Ministry on a meeting of the Foreign Ministers of the two  countries, who would try to reach agreements on further steps, but  Azerbaijan did not respond to this proposal," the Prime Minister  said, adding that during previous discussions it was decided a  decision to establish communication between the officials of Armenia  and Azerbaijan in order to further organize the work. "Today, one  such meeting was scheduled at the level of the Secretary of the  Security Council of Armenia and the Assistant to the President of  Azerbaijan, but Azerbaijan refused to participate in it. Baku did not  respond to Yerevan's initiative to hold a meeting at the level of the  foreign ministers of the two countries", Pashinyan said, adding that  today there are no specific visions regarding the future peace  treaty, just as there is no text of the document.