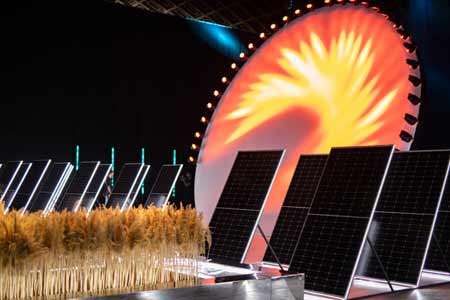 ArmInfo.The first leasing company in Armenia and the leader of the leasing market - ACBA Leasing has rebranded. This is noted in the message of the company, which introduced and launched leasing in Armenia in the early 2000s. For 19 years, since its  establishment and to this day,

ACBA Leasing has been holding the lead in the leasing market of  Armenia.  ACBA Leasing, adhering to the motto " Make your aspiration  a reality", will continue to develop dynamically. Over the past 3  years, the company has managed to triple its performance.

""Rebranding will allow us to further increase the presentability and  popularity. Leasing clients are successful entrepreneurs who know the  market well and want to maintain their leadership positionStarting  only with agriculture, today we cover all sectors and segments of the  economy", said Hakob Andreasyan, CEO of ACBA Bank and Chairman of the  Board of ACBA Leasing.

"Currently, the company's leasing portfolio is 40 billion drams, and  by the end of this year it is planned to increase it to more than 50  billion drams. In the next 2 years, it is planned to double the  leasing portfolio, bringing it up to 100 billion drams. In this  regard, the role of ACBA Bank, which is the holder of 100% of ACBA  Leasing's shares, is very important. Daily support from the employees  and branches of the bank allows the leasing company to carry out its  tasks with high efficiency", ACBA Leasing CEO Aghasi Gasparyan ,  said, announcing the immediate plans to create new sales channels and  expand the field of activity.

It should be noted that ACBA Leasing has been operating in the  Armenian market since April 2003.  According to financial reports as  of March 31, 2022, the company's assets exceed $95 million, the loan  portfolio is over $69.4 million.  ACBA Leasing completed the Q1 2022  with a net profit of $1.4 million.  The company's assets increased by  63.1% year-on-year, credit investments - by 36.7%, and net profit  increased several times.