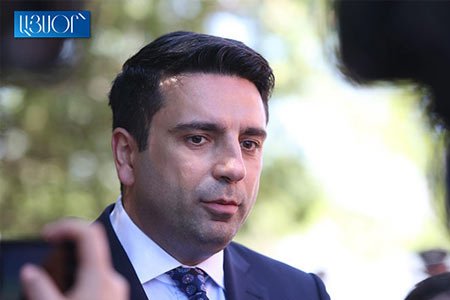 ArmInfo. President of the National Assembly Alen Simonyan said that on June 21, 2022, MP Artur Vanetsyan submitted his resignation in accordance with Part 1 of  Article 155 of the Constitutional Law "Regulations of the National  Assembly".

The resignation is considered accepted from the moment the protocol  is published," the head of parliament said in a statement. Earlier it  was reported about the decision of head of the "I have t honor"  faction, former director of the National Security Service of Armenia  Artur Vanetsyan, to resign as MP.