In Armenia, 17% of respondents support idea of forming Union State  with Russia and Belarus 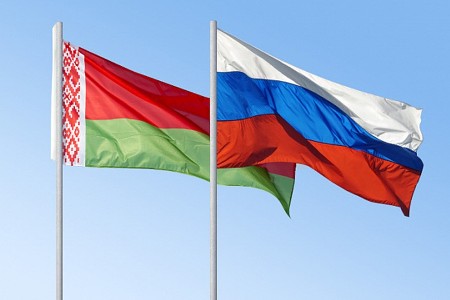 ArmInfo.In Armenia, 17% of respondents support the idea of forming a Union State with Russia and Belarus. This is evidenced by the results of a study conducted and  published by the Caucasus Research Resource Center (CRRC).

So, in order to clarify how much the respondents support the  formation of the Union State of Armenia with the Russian Federation  and Belarus, 17% said that they fully support this idea, 17% - rather  for, 16% said to some extent for, and to some extent against, 9% -  rather against, 28% - against, another 12% - found it difficult to  answer.

When asked what extent you approve of Armenia joining NATO and the  European Union and continuing to interact with the Russian-led EAEU,  12% of those polled were in favor of joining NATO, 16% rather  approve, 29% said that to some extent they approve, but in some they  do not, 7% said that they rather disapprove, 19% - they do not  approve, another 18% found it difficult to say.

At the same time, 18% of respondents approved of interaction with the  EAEU, 22% - rather approve, 26% - said that they approve to some  extent, and disapproved to some extent, 6% said that they rather  disapprove, 14% - do not approve, another 14% found it difficult to  say.