Patrol Service to be fully implemented in Armenia by 2024 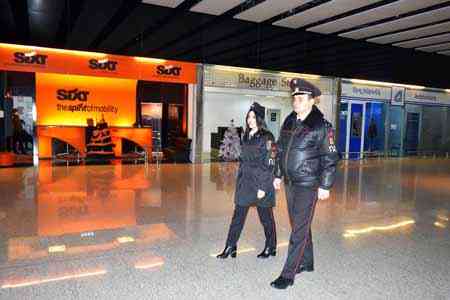 The preliminary model of the Ministry of Internal Affairs was  discussed at the sitting. Deputy Minister of Justice Arpine Sargsyan  presented the functional-structural map of the formation of the  Ministry of Internal Affairs, in that context referring to the main  functions, subdivisions, the schedule of discussion of the  legislative package and other related issues. It was noted that the  proposed model was amended with mutually acceptable proposals  submitted by the concerned agencies and civil society during the  previous sitting of the Council.

An exchange of views was held, a wide range of issues related to the  structure, functions, management and work organization concept,  social security mechanisms of the employees of the Ministry of  Internal Affairs to be created were raised.

The Prime Minister, attaching importance to the establishment of the  Ministry of Internal Affairs, noted that the Government has initiated  this reform in order to create an institutionally optimal structure  and to introduce a reliable system of social guarantees for  employees. Accordingly, it must have a cost-effective structure with  clear and exclusive functions. The Prime Minister instructed the  officials to discuss the raised issues in the interdepartmental  working group, to develop proposals and ideas for their solution,  moving forward according to the schedule.

Afterwards, Deputy Chief of Police Ara Fidanyan presented the 2021  reports of the implementation of the Police Reform Strategy and the  Action Plan 2020-2022, as well as the activities to be done in the  next 6 months.

It was noted that consistent work has been done to introduce the  priority directions of the Strategy, the Patrol Service and the  Operational Management Center. Patrol service units were launched in  Lori and Shirak Provinces in April 2022. It is planned to introduce  the Patrol Service in Kotayk, Gegharkunik, Tavush and Aragatsotn  Provinces by the end of the year. It is expected that the Patrol  Service, according to the Government's 2021-2026 program of  activities, will be fully launched in Armenia by 2024. The operation  of the Operative Management Center started in the city of Yerevan,  now it operates in Lori and Shirak Provinces, after which, in stages,  divisions will be established throughout the country. Work has also  been done in the field of education, international cooperation,  remuneration of police officers, coordination of social guarantees,  functional-legislative audit of the community police and other  directions.

The Deputy Chief of Police also reported on the implementation of the  instructions given by the Prime Minister.