Azerbaijan hands over prisoner of war Eduard Martirosov to Armenia 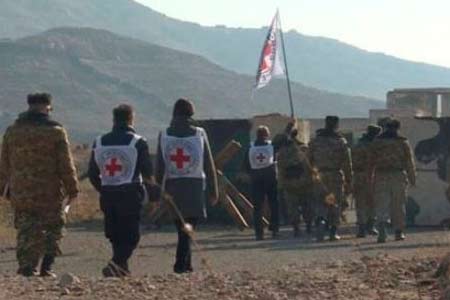 ArmInfo.Azerbaijan handed over to Armenia Eduard Martirosov, a soldier captured on April 23 this year.

"According to the agreement reached during the trilateral meeting in  Brussels on May 22 and through the mediation of the commander of the  Russian peacekeeping contingent in Artsakh, Major General Andrey  Volkov, on May 26, the conscript soldier of the RA Armed Forces,  Eduard Martirosov, who crossed the Armenian-Azerbaijani border on  April 23, was transferred to the Armenian side ", the RA Defense  Ministry said in a statement.

It should be noted that, as the RA Ministry of Defense previously  reported, Martirosov disappeared on the way from the military unit to  the combat position on April 23. Later it became known that he was in  Azerbaijani captivity.