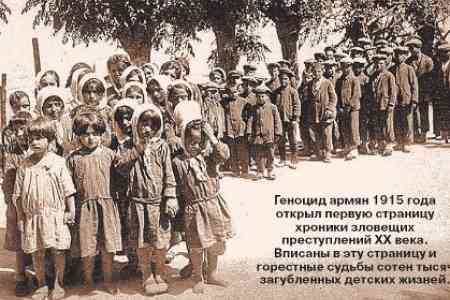 ArmInfo.Catholicos of the Great House of Cilicia, His Holiness Aram I  met with Syrian President Bashar al-Assad in Damascus.

As Aram I himself informs, the President of Syria welcomed the visit  of His Holiness and the delegation accompanying him to the SAR.  During the conversation, Assad recalled the Armenian Genocide  committed by the Ottoman state and stressed that history continues in  Syria. He noted the contribution of Armenia to the development and  progress of Syria and stressed that the Armenian community is an  integral part of the Syrian society.

Aram I, in turn, highly appreciated the support of the Syrian state  for the restoration of the Armenian community. His Holiness assured  that the Armenians of Syria will support the restoration and  prosperity of Syria at any cost.  The meeting provided an opportunity  to discuss the concerns  and problems of the region. Assad was then  briefed on the difficulties faced by the Armenians in Syria. As part  of his visit to Syria, Aram I also met with Syrian  Minister of Awqaf  (Religious Endowments) Mohammad Abdul-Sattar al-Sayyed, Prime  Minister Hussein Arnus and head of the Assyrian Orthodox Church  Aphrem II  Patriarch (Meetings with the leaders of the Greek Orthodox  and Catholic Churches did not take place due to the absence of the  latter in the country).