Pashinyan: By accepting "Madrid principles", Armenia granted a veto  to Azerbaijan in determining the status of Nagorno-Karabakh 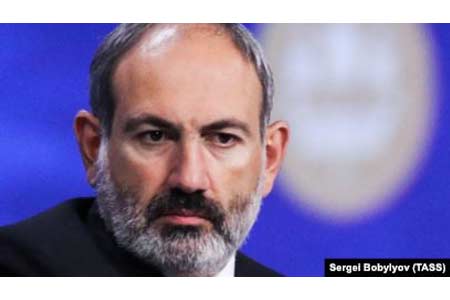 ArmInfo. In 2007, when Armenia adopted the "Madrid principles" as the basis for negotiations, which states that the future status of Nagorno-Karabakh should be decided  within the framework of future referendums, it thereby delegitimized  the referendum held in December 1991. On May 25, Prime Minister of  Armenia Nikol Pashinyan stated this from the rostrum of the National  Assembly during the government hour.

"When Armenia accepted that this future referendum should be held in  conditions of mutual understanding with Azerbaijan, it "cut off the  branch" on which we all sat," he said.

The prime minister stressed that by accepting the "Madrid  principles", the government, whose representatives are now holding  rallies, has granted a veto to Azerbaijan in determining the status  of Nagorno-Karabakh. However, according to the Prime Minister, the  biggest sensation was the fact that Armenia co-authored the "Madrid  Principles".

He recalled that from this rostrum he had already stated that with  the adoption of the "Madrid principles", Armenia accepted Karabakh as  part of Azerbaijan. <When I became prime minister, I was constantly  asked <whether I accept the <Madrid principles>, to which I replied  that first we need to understand what they mean. And when at a  meeting with the co-chairs of the OSCE Minsk Group I raised the  question whether Nagorno-Karabakh could not be part of Azerbaijan,  after a short pause they answered "yes", but on the condition that  Azerbaijan gives its consent. Thus, it was confirmed that the "Madrid  principles" gave the Azerbaijani side a veto on the issue of  determining the status of Nagorno-Karabakh," Pashinyan said.

It should be reminded that on December 10, 1991, a nationwide  referendum on independence was held in the Nagorno-Karabakh Republic.  Of the 132,328 eligible to vote, 108,736 people (82.2%) took part in  the vote, 108,615 people (99.89% of those who voted) voted for  independence (99.89% of those who voted), 24 (0.02%) voted against,  96 ballots were declared invalid. The Azerbaijani population of the  NKR refused to participate in the referendum and instead supported  the aggression unleashed by the Azerbaijani authorities against  Artsakh, taking an active part in it. On the day of the referendum,  Stepanakert and other Armenian settlements were shelled, as a result  of which 10 civilians were killed and 11 were injured.