Deputy Prime Minister: Armenia has a rather ambitious climate agenda 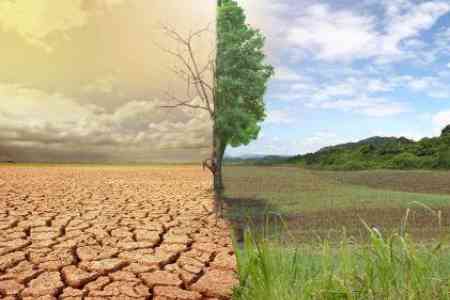 ArmInfo.A meeting of the Interdepartmental Coordination Council on the implementation of the requirements and provisions of the UN Framework Convention on Climate Change and the Paris Agreement was held in Yerevan.

The official website of the government reports.  According to the source, the  meeting participants discussed issues of international assistance to  Armenia within the framework of the Convention, as well as the  "Building a National Transparency Framework for Armenia" program  under the Paris Agreement and other issues.  Deputy Prime Minister of  Armenia Hambartsum Matevosyan stated that the country has a rather  ambitious climate agenda and has significant potential to achieve  serious results.

The meeting was attended by the Regional Representative of the 26th  Conference of the Parties to the UN Framework Convention (COP26) in  Europe, Central Asia, Turkey and Iran, British diplomat, Ambassador  David Moran.