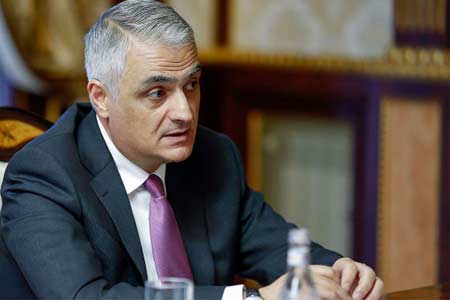 ArmInfo.The Prime Minister of Armenia signed a decision on the composition of the Commission for the demarcation and delimitation of the border with Azerbaijan. According to the document, RA Deputy Prime Minister Mher Grigoryan was appointed  chairman of the commission.

Earlier, today President of Azerbaijan Ilham Aliyev signed a decree  on the establishment of a similar commission. The commission will be  headed by Deputy Prime Minister Shahin Mustafayev.

Yesterday, a trilateral meeting with the participation of Azerbaijani  President Ilham Aliyev, Armenian Prime Minister Nikol Pashinyan and  European Council President Charles Michel was held in Brussels.   Following the talks, Michel said that the first meeting of the border  commissions will be held in the near future, during which issues  related to the delimitation of the border between Armenia and  Azerbaijan will be considered.