Sergey Glazyev: Armenia is strong with its external relations 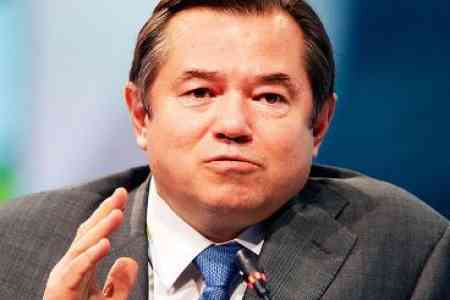 ArmInfo. In the current realities, Armenia can use its competitive advantages in a number of industries, including the agro-industrial complex, light industry,  jewelry, instrument making, and tourism. Sergey Glazyev, Minister for  Integration and Macroeconomics of the Eurasian Economic Commission  (EEC), Doctor of Economics, Professor, Academician of the Russian  Academy of Sciences, former Minister of Foreign Economic Relations of  the Russian Federation, stated this on May 19, answering a question  from ArmInfo, during a video bridge Moscow - Bishkek - Minsk -  Yerevan - Nur-Sultan.

He noted that the EAEU is now developing a set of measures to  mitigate the consequences of the withdrawal of Western companies from  the Russian market. And in this regard, the key area of work in the  EAEU at the moment is the expansion of cooperation and the creation  of investment consortiums. Glazyev stressed that in the new  geo-economic conditions it is possible to replace foreign outgoing  capital with own production and investment.

According to Glazyev, in this context, it is important to expand the  scope of activities by establishing cooperation with partners,  including Russia, which is under the greatest pressure of sanctions.  According to him, Armenia is strong with its external relations, it  can attract capital from the world market, investing them in the  formation of joint ventures. "This is a colossal competitive  advantage that all the member states of the EAEU could use," he  stressed.