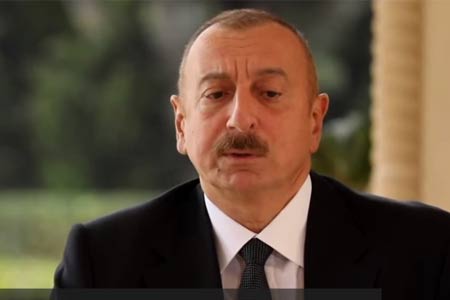 "Azerbaijan established a working group in a timely manner and was  ready to send a delegation. This was agreed with the Armenian side.  By the way, the Armenian Foreign Ministry proposed holding the first  meeting along the border. Azerbaijan accepted this proposal, and we  were ready to send a delegation.  However, at the last moment, on  April 29, Armenia canceled the agreed meeting. This is a  disappointing issue," Aliyev said, Turan reports.

According to him, Armenia also refused the new date of the meeting  proposed by Azerbaijan for May 7-11.

According to him, Azerbaijan is now expecting a new date from Armenia  to start work. "Of course, such an irresponsible position causes  concern," Aliyev said.

It should be noted that earlier Armenian Foreign Minister Ararat  Mirzoyan confirmed that the planned meeting of the working group did  not take place, however, he assured that work in the specified format  would continue.