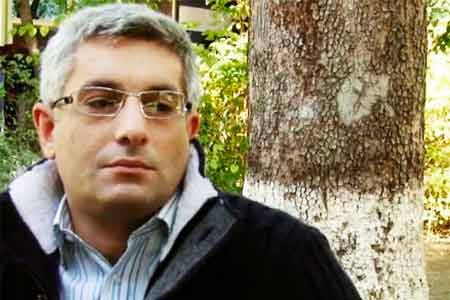 ArmInfo. It is the "toxic nature" of the parliamentary opposition calling on people to take to the streets that must be accounting for the absence of broad masses  outside, the sociologist Karen Sargsyan said in an interview with  ArmInfo.

"In other words, our people are well aware that in case they take  sides with the opposition in the streets they will face many more  problems in the future, without solving the existing ones. Another  factor is that, after the 'velvet' revolution, our society is not yet  ready for such widespread protests for objective reasons - especially  after the pandemic and war," Mr Sargsyan said.

Another reason - perhaps the major one - for the people's reluctance  to participate in the protests against Armenia's incumbent  authorities is the opposition's vague agenda. Any poll in any  Armenian region would show lack of understanding of the objectives of  the ongoing protests. "For example, I do not think any resident in  any of Armenia's regions could explain the reasons for the opposition  putting up tents in Yerevan's center - only because the demands being  put forward by the opposition have nothing in common with sitting in  the tents in Yerevan's France Square.

"After all, the public concern over Artsakh's future does not change  anything at all. Such issues are normally solved in top-level  offices, not in the streets. I think it is common knowledge now. And  the foreign forces unwilling to spend their money on such opposition  are well aware of that as well," Mr Sargsyan said.