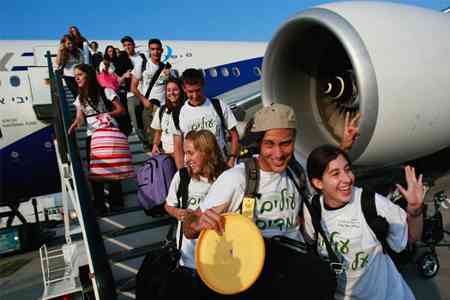 ArmInfo.As part of the Armenia Works 4U professional repatriation program of the Repat Armenia Foundation, 40 citizens of Armenian origin from Russia and Belarus  were selected, of which 23 have already moved to Armenia, and 4 have  found jobs in IT, marketing, sales and graphic design. As the  Foundation reports, the program is also open to the Armenian Diaspora  in Ukraine.

Within the framework of the program, the Repat-Armenia Foundation  compensates the cost of an air ticket to Armenia (up to 145 thousand  drams), subsidizes rental housing up to 100 thousand drams from 1 to  3 months, and will also provide support in organizing interviews with  potential employers, in finding employment, and taking courses in the  Armenian language.

In general, 111 people applied to participate in the program, of  which 83 were interviewed online. The program is sponsored by the H.  Hovnanian Family Foundation.

It should be noted that Repat-Armenia is a non-governmental  non-profit foundation founded in August 2012 in order to bring the  concept of active repatriation to a new level. The Foundation is  based in Yerevan.