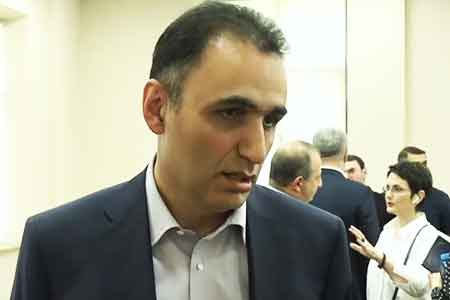 ArmInfo.The opposition politician, member of the 5165 Movement and co-founder of the Arar Foundation Avetik Chalabyan has been detained on charges of  attempting to bribe citizens into taking part in the rallies.

The Investigation Committee reports a criminal investigation has been  launched into attempted bribery of the chairperson of the Student  Council of the Agrarian University of Armenia.

According to an audio record, a lecturer of the Agrarian University  was inciting the chairperson of the Student Council to ensure the  participation of 2,000 students in an opposition rally for AMD  2,000,000 (about $2 for one student).

Avetik Chalabyan was detained after police searched his apartment,  but, as Chalabyan himself told reporters, did not find anything.