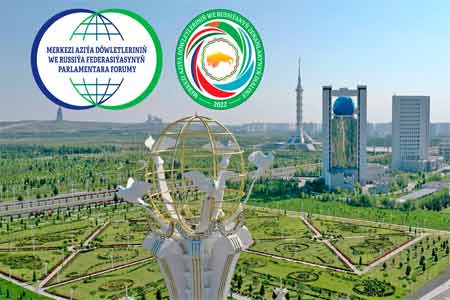 ArmInfo.On May 12-13 this year, Ashgabat will host the Inter-Parliamentary Forum and the Dialogue of Women from Central Asia and Russia.

These two forums between legislators and women of the Central Asian countries and the Russian Federation will be held at the initiative of Turkmenistan.

According to experts, the organization of a direct multilateral inter-parliamentary dialogue between the countries of Central Asia and Russia opens up great prospects for developing partnerships in this format.This is especially true for issues of ensuring peace, sustainable development and solving the most pressing socio-economic and ecologic problems.

In recent years, such a negotiation format as the Women's Dialogue has shown its effectiveness. This new, informal consultative platform clearly demonstrated its capabilities in 2021 on the sidelines of the Consultative Meeting of the Heads of State of Central Asia in the “Avaza” National Tourist Zone.

It is expected that the Inter-Parliamentary Forum and the Dialogue of Women of the Countries of Central Asia and Russia will discuss issues of strengthening the role of national parliaments and women's organizations in addressing topical issues of our time.