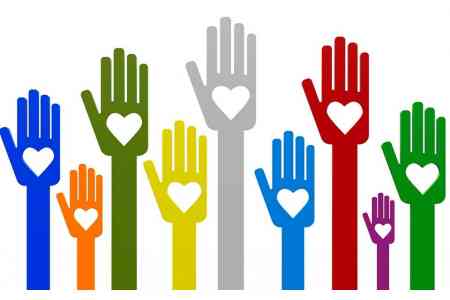 ArmInfo. A consultation chaired by RA Prime Minister Nikol Pashinyan was held at the Government, during which the draft of a new model for assessing the functionality of a  person was discussed.

As the press service of the RA government reports, it was submitted  by the Ministry of Labor and Social Affairs.

First of all, reference was made to the current system of assessment  of a person's functionality, the existing problems and shortcomings,  the disability determination process, the services provided, the  guarantees, as well as social protection.

It was noted that the new model of changing the disability policy  envisages a more targeted approach to people with disabilities,  considering also the opportunities and capabilities of families. In  addition, instead of the current 34 Unified Social Services, it is  planned to increase that number to 49, improve the infrastructure of  the latter and introduce new professional skills.

Then, reference was made to the "roadmap" for the introduction of the  model, as well as the expected results from the new system. It was  reported that the model was developed taking into account  international experience.

Summing up the discussions, Prime Minister Pashinyan emphasized the  implementation of consistent work on the involvement of people with  disabilities in public life and providing targeted support. At the  same time, the Prime Minister instructed to include into the draft  the ideas and proposals presented during the consultation aimed at  increasing the effectiveness of the model for amending it.