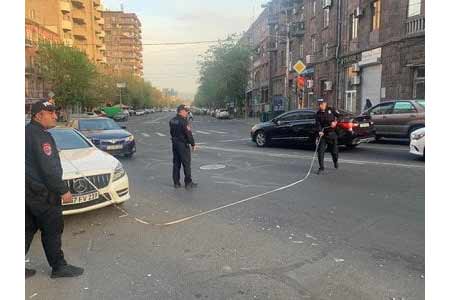 ArmInfo.At 6.24pm, an accident took place at the intersection of Leo-Paronyan streets..  According to the preliminary data of the Operative Management Center  of the RA Police, a Toyota traffic police car, which was currently  used for official purposes, ran over a woman.

According to the source, the woman was taken to the "Nairi" medical  center. The investigation clarifies the circumstances of the  incident.

It should be noted that several media outlets had spread information  that the car was part of the escort of the Prime Minister of Armenia.  They report that after the accident, none of the motorcade cars  stopped to provide assistance to the victim. At the same time, the  media refer to the testimony of eyewitnesses of the incident.  According to eyewitnesses, the woman was pregnant.