Forecast: Moscow will try to maintain its positions, while Brussels  to accelerate the processes in the South Caucasus 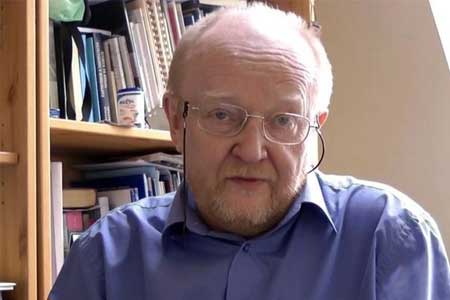 ArmInfo. At this stage, it seems possible to forecast that Moscow will try to maintain its own positions in the South Caucasus. In the conditions of it involvement  in the war in Ukraine, we cannot claim more. As for Brussels, it will  actively try to accelerate regional processes.

A similar opinion was expressed to ArmInfo by  chief researcher of the Institute of World Economy and International Relations of the Russian Academy of  Sciences, orientalist Alexei Malashenko.

"It is clear that the completely new geopolitical situation in the  region is a challenge not only for Armenia and Azerbaijan, but for  all interested parties. And the most serious struggle will unfold not  even between the conflicting parties, but between global and, it is  important to emphasize, regional players. The problem with all this  news for Yerevan and Baku is that it will significantly complicate  their already difficult affairs and problems," he stressed.

In this light, according to Malashenko, the West is quite consciously  refusing to have any relations with Russia in the South Caucasus,  making attempts to permanently remove it from the region. In his  opinion, Moscow, in turn, was initially ready for such a scenario as  a result of a geopolitical clash with the West on the territory of  Ukraine. In particular, attempts to further inflame the situation in  the South Caucasus were quite expected.

According to the orientalist, the task is set to weaken the Russian  position in this direction, in this particular case to strike at the  peacekeeping mission of the Russian Federation in Artsakh as much as  possible.  According to the expert's forecasts, considering the issue  of Moscow's diplomatic involvement in the settlement of problems  between Armenia and Azerbaijan closed, now the West will try to  destroy the military presence of the Russian Federation in the  region. The latter, in response, will undoubtedly operate within its  own rather extensive toolkit.

"A longer-term forecast of the situation requires an answer to the  question of what Moscow thinks about the possibility of holding  separate talks on Karabakh in the presence of the Russian military  there. Which, in turn raises a difficult question for Baku and  Yerevan - how do they view, in fact, the discussion, of the same  issues of settlement in parallel with Moscow and Brussels in the  conditions of open rivalry for the status of a mediator. I believe  that this issue is a big challenge for Armenia and Azerbaijan. And we  see that the same Baku, which, following the results of the 44-day  war, refused to cooperate with the West on the Karabakh issue, has  already returned to the arms of Brussels. But neither Baku nor  Yerevan have the opportunity to refuse this to Moscow as well,"   summed up Malashenko.