Venice Commission does not see need for draft amendments to Judicial  Code, Law on Constitutional Court proposed by Armenia`s Ministry of  Justice 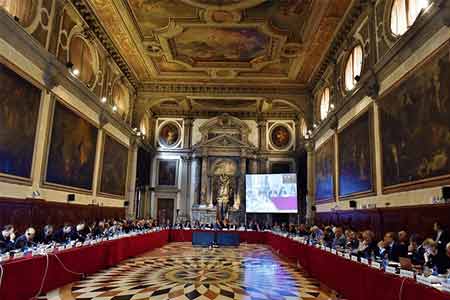 ArmInfo. The Venice Commission welcomes the Armenian authorities' intention to reform the judiciary. It also understands the motivation behind the preparation of the  Draft Amendments, notably to free the judiciary of judges who, in the  past, had committed serious human rights violations and thus  undermined the general public trust in the judiciary.

The Venice Commission does not see the need for new preventive  measures, as they already seem to exist in the current Judicial Code,  which provides strong grounds to hold judges liable for the violation  of human rights which take place in the future, according to the  Joint Opinion of the Venice Commission and the CE Directorate General  of Human Rights and Rule of Law.

The full version of the document is available here:   https://www.venice.coe.int/webforms/documents/default.aspx?pdffile=CDL-AD(2022)002