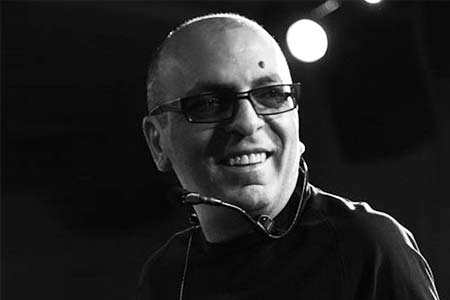 ArmInfo.The Ministry of Education, Science, Culture and Sports of the Republic of Armenia announced with deep sorrow that today, on February 4, the People's Artist of Armenia, famous composer Artur Grigoryan passed away.

Composer and singer Arthur Grigoryan is considered one of the main  founders of the domestic show business. In the early 1990s, he  founded the Armenian State Song Theater, through which many Armenian  pop stars have passed.

Artur Grigoryan was born in 1958. In 1975-79 he studied at the Music  College. R. Melikyan in Yerevan. In 1992 he was appointed President  of the National Philharmonic Agency of Armenia. He was the artistic  director of the State Jazz Orchestra of Armenia. He founded the State  Song Theater of Armenia, of which he was artistic director. He wrote  many songs, children's musicals, thematic variety concerts.

In connection with the funeral and burial of Grigoryan, a government  commission will be formed.