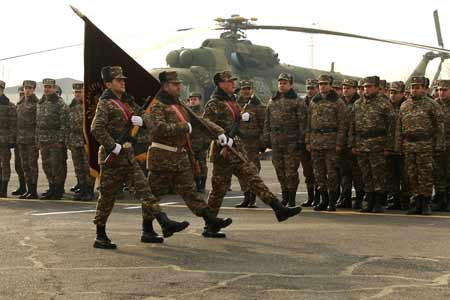 ArmInfo.The aviation of the Armenian Armed Forces has been replenished with modern, multifunctional new helicopters, which are designed to perform landing, firing, transport and sanitary tasks. This was reported by the press service of the  defense department.

On January 25, a solemn event was held at Erebuni Airport in  connection with the replenishment of new military aviation equipment,  which was attended by Chief of the General Staff of the RA Armed  Forces, Lieutenant General Artak Davtyan.

On the eve of the anniversary of the formation of the army,  congratulating the personnel, the command of the military unit  expressed confidence that the air border guards were ready to fulfill  their tasks, to keep the air gates of the country unshakable.

The Chief of the General Staff of the RA Armed Forces was presented  with the tactical and technical characteristics and features of the  new aviation equipment.