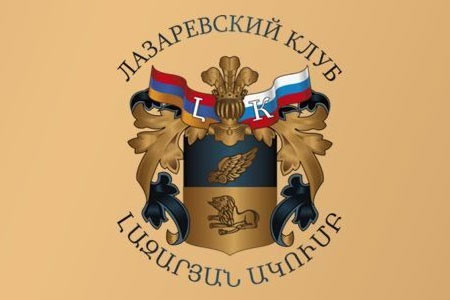 ArmInfo.Russian-Armenian relations, which have been formed for centuries on the basis of deep penetration of historical, spiritual and cultural ties, common  civilizational views and the desire of our peoples to preserve peace,  are today being severly tested.

The press service of the Club notes that attempts by individual  countries to rewrite history, reformat international relations,  introducing certain rules instead of generally accepted norms and  laws, lead to distortions in the formats of interaction, negatively  affect the development of dialogue between peoples and are a breeding  ground for all kinds of extremist manifestations.  "In recent years,  under the influence of destructive external forces aimed at  undermining Russian-Armenian relations, as well as due to the lack of  a socio-political consensus within Armenia, Russophobic sentiments  have been growing in the Republic.

This threatens to cause irreparable damage to the centuries-old  friendship, cultural exchange and cooperation of our peoples and  states," the Club added. The club does its best to prevent attempts  to distort historical facts, proposes to openly discuss the current  socio-political situation in our countries and in every possible way  prevents the incitement of Russophobia and Armenophobia in the  information space.

"The media bear a huge responsibility of shaping public opinion in  the modern world, on the basis of independent coverage and an  unbiased analysis of current events. That is why the Lazarev Club  considers it necessary to support publications that openly and  honestly fulfill their professional duty," the message says.  In this  context, it is also recalled that with the help of caring people in  Russia and Armenia, the Club also raised funds for vaccination in  2021 of the residents of Nagorno-Karabakh, who are in the area of  responsibility of the peacekeeping forces of the Russian Federation.